All I can hope for is that he uses his talents for the greater good one day. 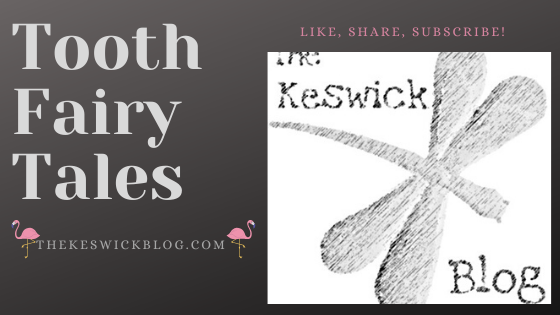 Paxton is now at that stage of development when all of his baby teeth seem to fall out at once. Case in point? He has lost four teeth in the past three or so weeks and most of those have been lost in the past week.

These newly liberated chiclets have been conspicuously absent from his bedtime routine though. Turns out that Pax has a theory. He theorizes that the more teeth he antes up the more cash he will net per tooth. So, he has purposely been saving them up in the hopes of a large windfall.

But, like happens with most of the best laid plans, disaster struck. He lost the fourth tooth at the after school program earlier this week and forgot to bring it home with him (this was not a surprise). Staff, thinking it was just a wad of bloody Kleenex left on the table (go figure!), they tossed it out during clean up (the staff remain blameless and still candidates for sainthood because ewwww – kids can be gross!).

So, last night, having only three teeth, not the missing four, to offer up to the Tooth Fairy, Pax got to thinking.

Not to be deterred by his predicament, really rather not interested in suffering potential financial hardship, and completely unable to accept that it may be the result of unfortunate (albeit avoidable) circumstance, Pax decided to make the Tooth Fairy a card to explain the situation and make his pitch for mercy (and money).

Generally the children who board here receive $2 per tooth. I wonder if Paxton’s strategy worked? And if it did, maybe it’s one that I should explore further… (in some other way that does not involve losing my teeth!)
~A.

P.S. Join me on Facebook, Instagram and Twitter. Sometimes, I post info, ideas or photos everywhere, and other gems (and duds) only get posted in one place. Some things are totally worth skipping, occasionally there are things well-worth sharing. Either way, I’m happy for the company (as long as we can both stay in our own homes, in our jammies, with no actual face-to-face contact. #IntrovertProblems). Also, please feel free to like, comment on and share any post, for any reason, including blind rage and mockery. I dig it.
xx

Share the post "All I can hope for is that he uses his talents for the greater good one day."