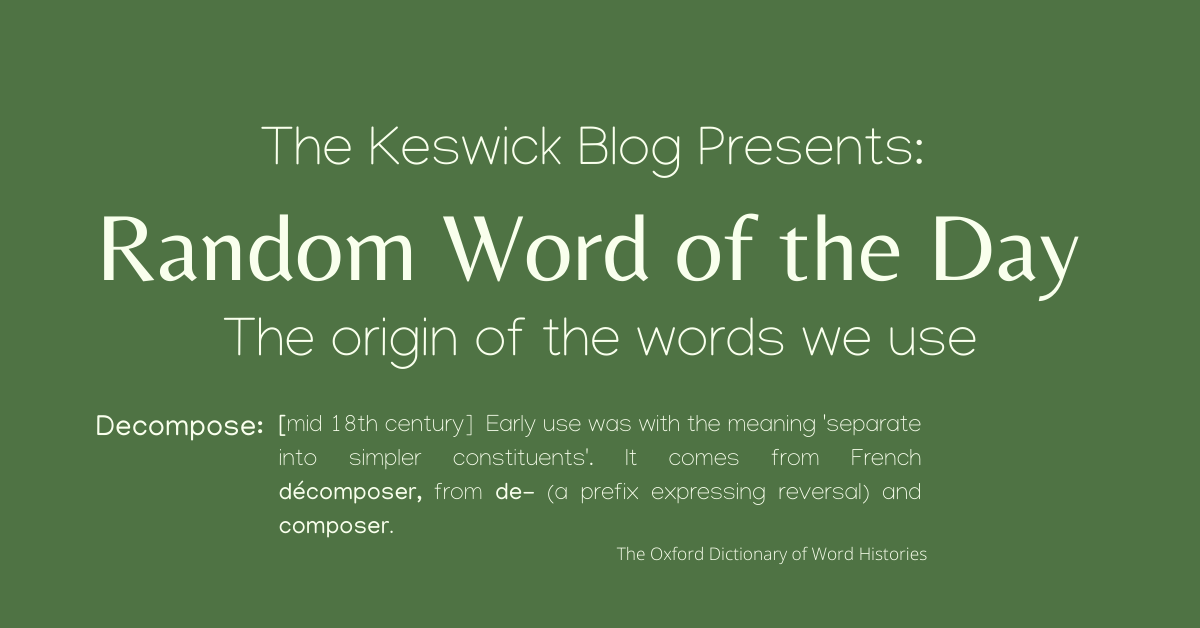 Still going strong. Day six and I’m staring down the word decompose because of course I am. The more I hope for cupcakes and sprinkles, the more twisted the words get. Decompose is a pretty hard word for the universe to throw at me today. Every time I turn around, I almost trip over another half-eaten critter that our cat has hunted down and murdered. It does not make for a relaxing stroll around the garden, or allow for any level of personal comfort stepping out of the front door most days. But, enough. It’s Friday. The sun is shining (thus causing a rise in temperature and expediting the rate at which the remains of the various ‘kills’ Lucky has left laying around decompose and rot, ewwww!), the birds are singing and

Oh fml and the horse it rode in on. It’s now Saturday and I did not end up posting yesterday’s day six word of the day and only wrote half of the post because my time management skills are for shit and I was distracted by eleventy billion things around the house and then I got the brilliant idea to take the smalls to Cookstown Outlet to shop for shoes only to be informed by a janitor once we got there that “all the stores are closed” (despite the fact that I checked the website before we left the house) and since we could see a few other dazed looking families walking around with shopping bags, we decided to also walk around and as we did so, discovered that most of the stores were closed but not all of the stores were closed, so we looked at the shoe stores that were open but of course found not a single pair of running shoes that were good enough to adorn the fancy feet of our offspring. But we did find a pair Crocs for the eldest small and did ya’ll know that a simple, OG pair of adult Crocs from the OUTLET store now cost just shy of $75?!?! Holy mother of Midas. Well, Merry frickin’ Christmas eldest small. Oh, and in case you’re curious, the majority of the stores in the mall were closed “due to a water supply issue” according to the lone note on taped to the cage that protected the closed Tim Horton’s stand.

Posting this now because now I am literally a day late and a dollar (or seventy-five) short.
~A.